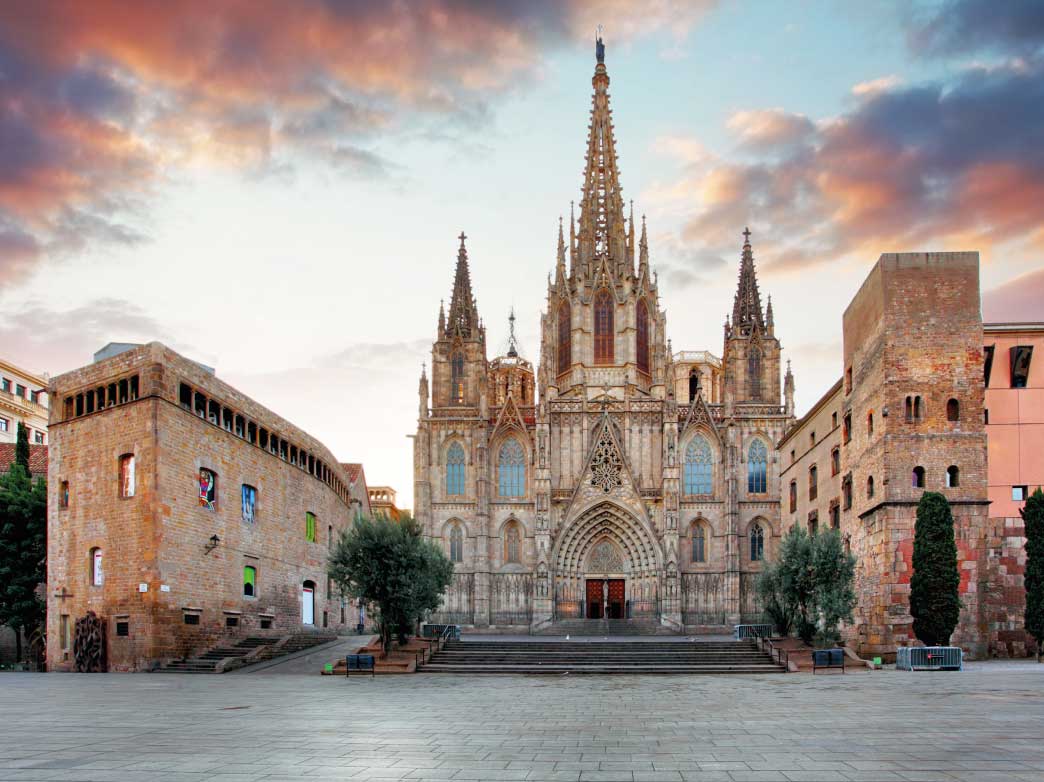 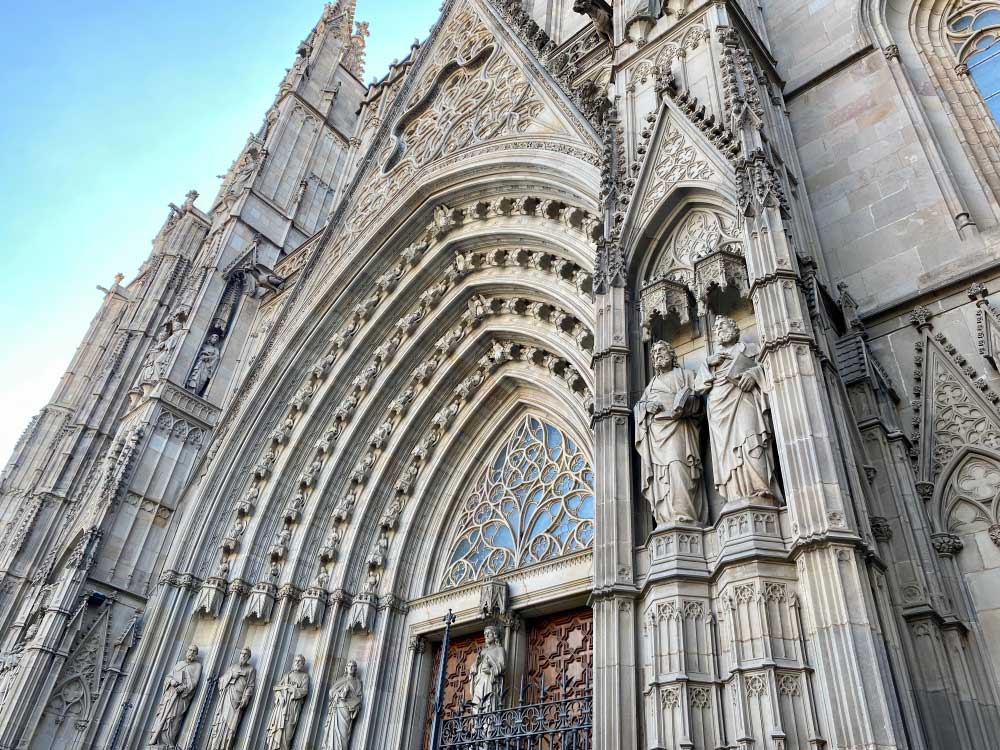 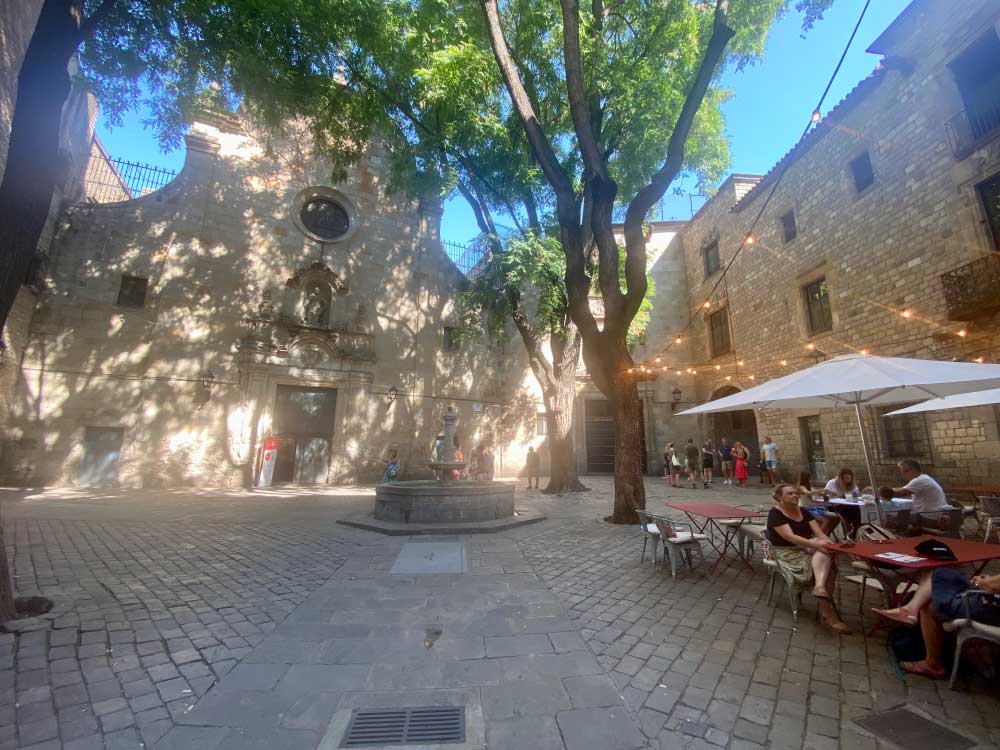 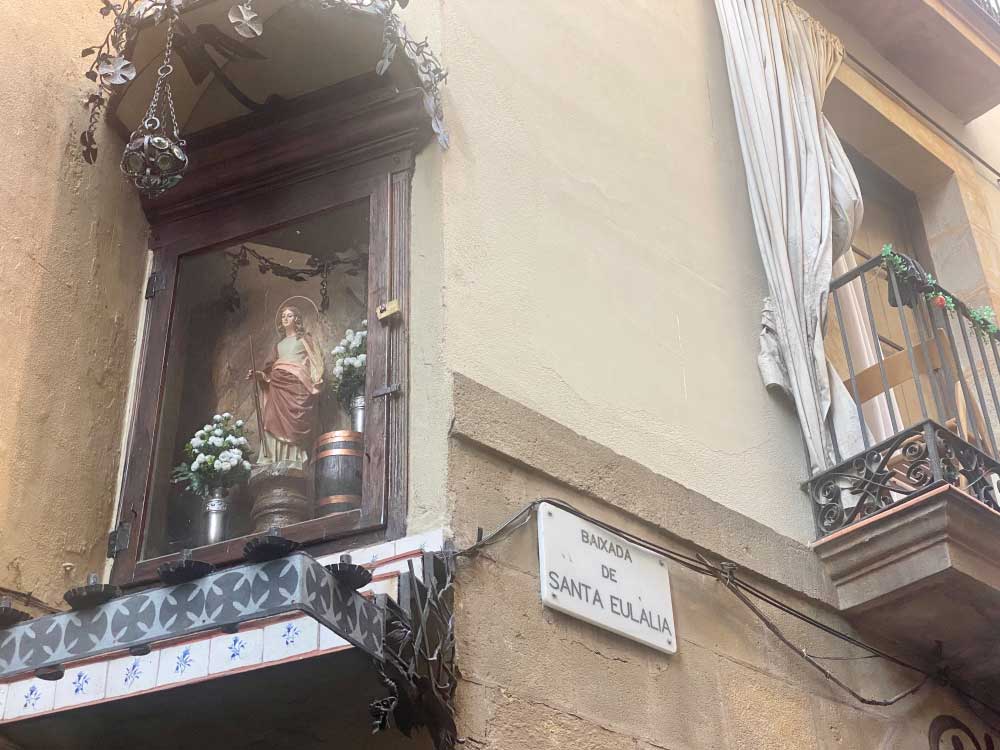 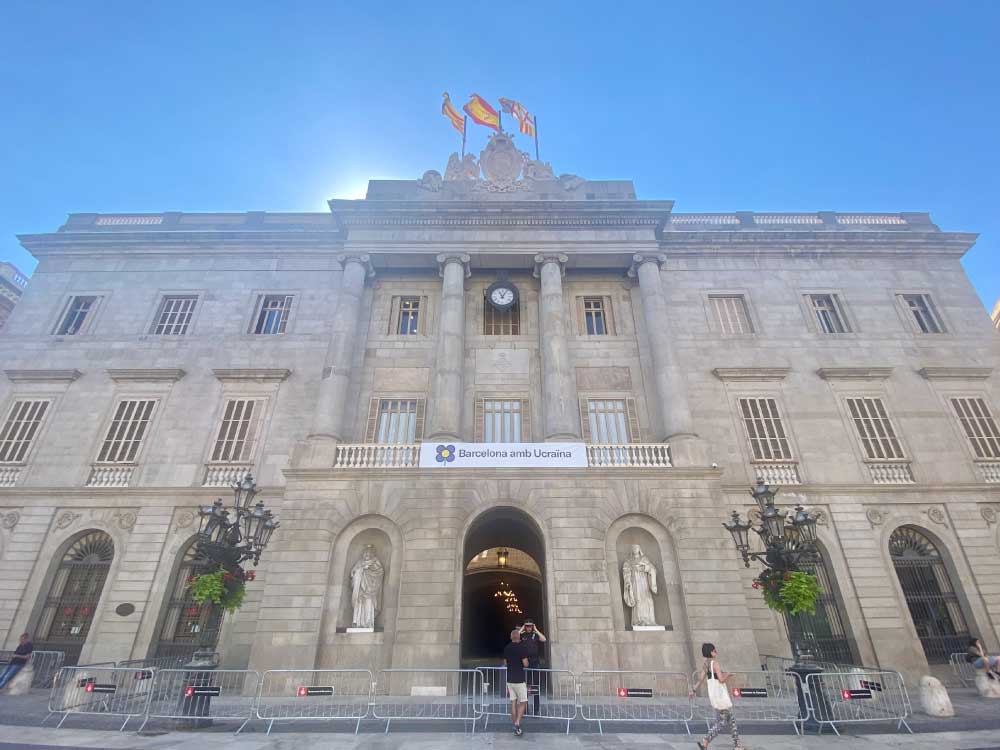 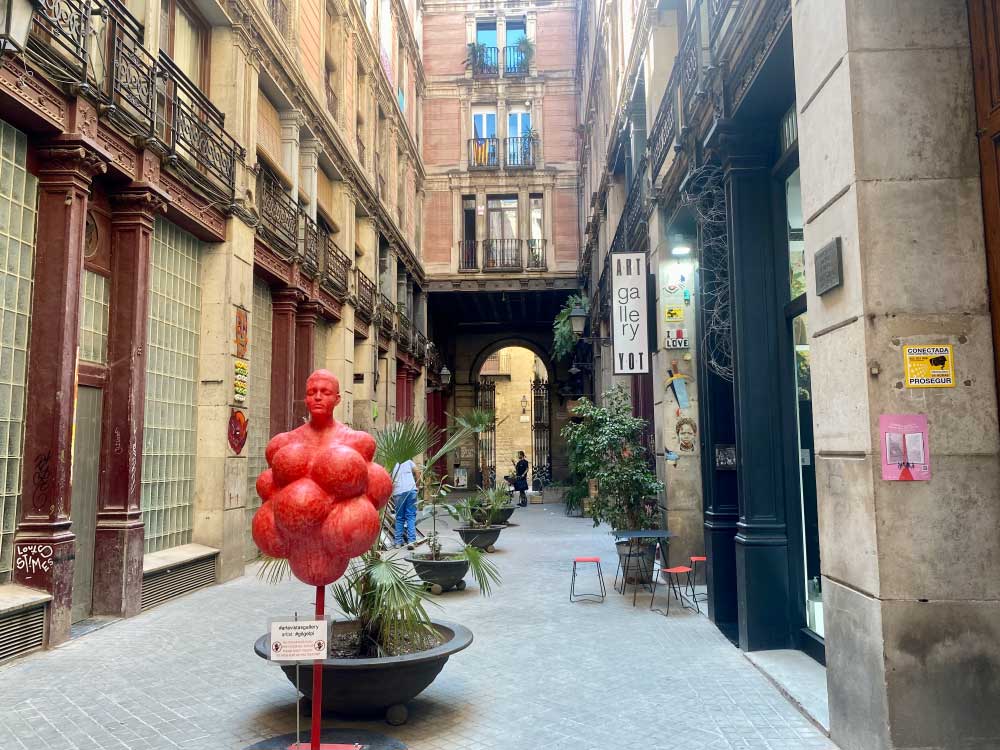 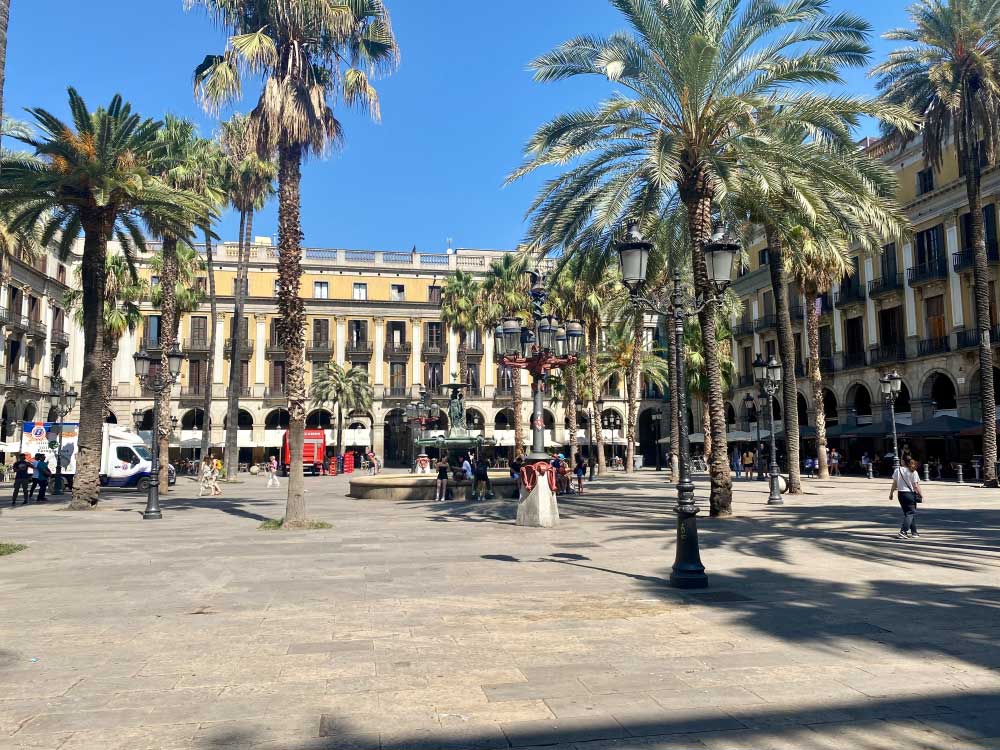 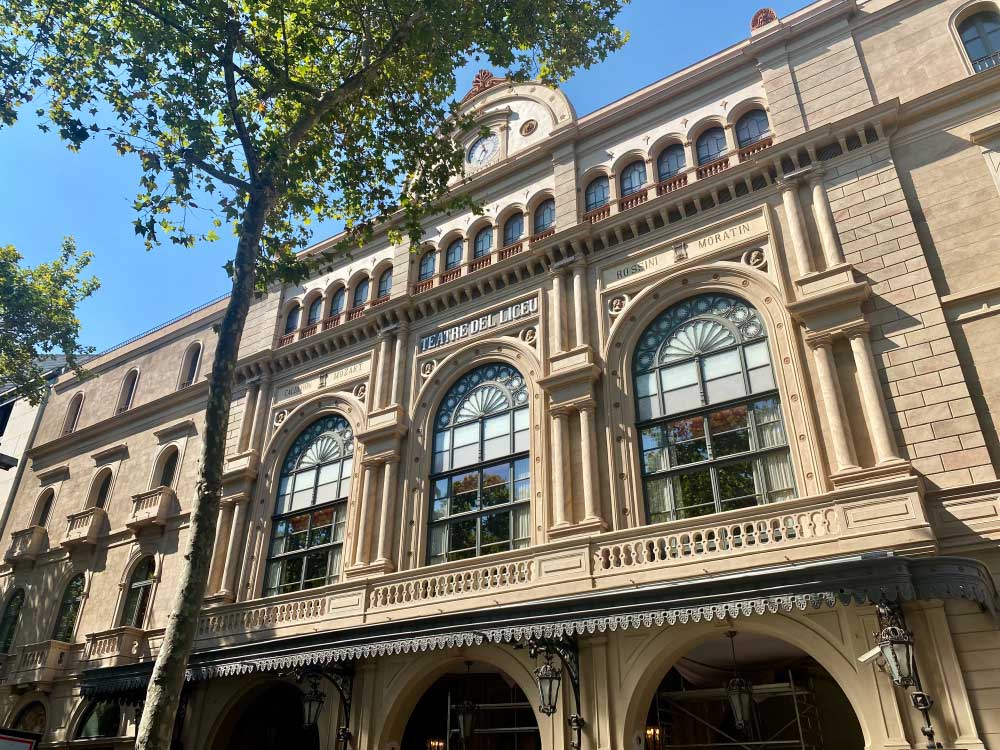 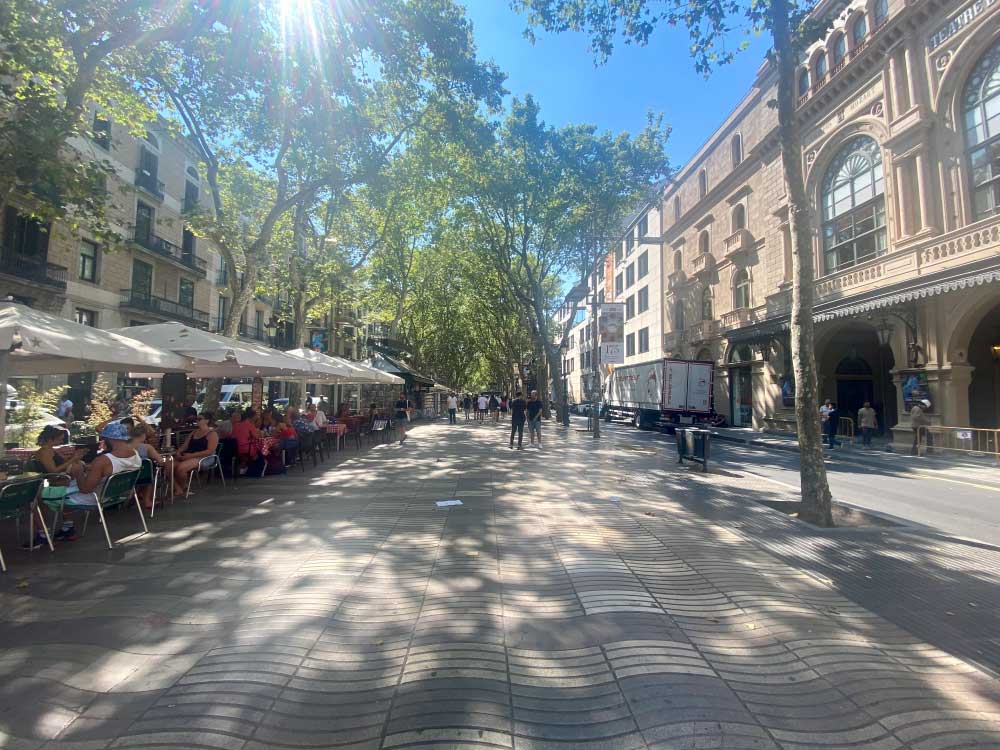 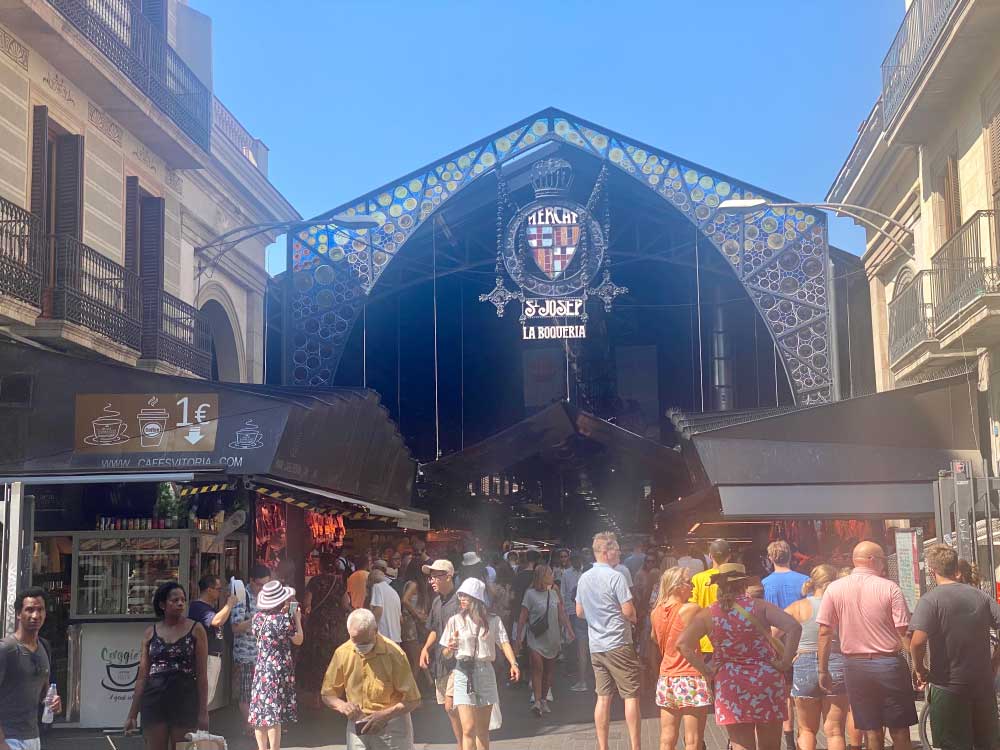 Discover the Gothic Quarter, the historic heart of Barcelona. Your only guide? Your smartphone!

- Discover the Cathedral of Barcelona and the main monuments of the city
- Stroll through the small streets and beautiful squares of the district, source of inspiration for many film directors
- Learn about the vibrant history of Barcelona from Roman times to the present day
- Discover the old Jewish quarter of the city
- Get to know Santa Eulalia, co-patroness of the city and also Saint George, the patron saint of all Catalonia!

Discover at your own pace the Gothic Quarter of Barcelona, the historic heart of the city with its narrow streets, illustrious buildings and beautiful squares. The only thing you need to explore for 1h30? Your smartphone! The voice of a local guide will guide you throughout the visit and the stories will be triggered automatically as you go along. Start your tour whenever you want, alone or with friends, far from tourist groups...

Meet in front of the splendid Cathedral of Barcelona for this 1.5 hours audio-guided tour. Its history dates back to the end of the 13th century, when Barcelona was the economic and administrative capital of the kingdom of Aragon, which was constantly increasing its influence in the Mediterranean. Admire its architecture and learn its amazing secrets! Then enter the Roman city walls to enter the oldest part of Barcelona, where Barcino was established, a Roman colony founded by the emperor Augustus in 15 BC. Let yourself be carried away by its special atmosphere which has inspired many film directors such as Woody Allen in his film Vicky Cristina Barcelona or Cedric Klapish in L'Auberge Espagnole.

A short stop at a terrace or a shop, a small craving? Resume the tour whenever you want, right where you paused it. It's impossible to get lost. The guide provides clear audio directions, and a map indicates the directions to follow in real time. And if you take a wrong turn, the integrated in-house location feature will get you back on track in no time! Customize your itinerary as you wish, relax and enjoy a fun and entertaining tour of the Castle district, at your own pace.

Continue your stroll and discover the Sant Felip Neri square, one of the most charming in the neighborhood despite its terrible history dating back to the Spanish Civil War... A little further on, meet Santa Eulàlia, one of the city's co-patrons. In Spain, the patron saints of cities (or even neighborhoods) are very famous! Then discover the old Jewish quarter of the city and its synagogue, of which there is now almost no trace. After a few meters, you will come across the Plaça Sant Jaume, which houses the two most important buildings of the Catalan administration: the City Hall and the seat of the Catalan government, the Palau de Generalitat. You will have the opportunity to learn more about the organization of Spain's 17 autonomous communities and to meet the inevitable Sant Jordi, the patron saint of all Catalonia. Continue your way through the winding streets of the neighborhood to arrive at the magnificent Plaça Reial, notably featured in the film L'Auberge Espagnole. With its many bars and terraces, you will learn more about the nightlife in Barcelona.

You will end your visit at the famous Boqueira market located on the Rambla. Discover the culinary art of the city. Then, why not let yourself be tempted by an esqueixada, a salad made of thinly sliced desalted cod with onions, tomatoes, peppers and black olives? Or will you let yourself be tempted by a loaf of coca bread topped with escalivada (grilled red peppers, onions and eggplant)? Or how about a plate of jamón ibérico, the melting Iberian ham?

- An internet connection is required for the duration of the tour
- Follow the tour from your smartphone on the Rewind app
- For a better experience, it is recommended to bring headphones. If not, the sound will come out of the smartphone's speakers
- The tour launches at the starting point and won’t start from anywhere else
- You can activate pause at any time and resume the tour whenever you want
- This tour is available in English, Spanish and French
- The visit takes around 90 minutes